Bindi (in Hindi from the Sanskrit word "bindu", meaning "a drop, small particle, dot"), or a pottu/bottu (in Tamil, Telugu, and Malayalam) is a forehead decoration worn in South Asia. Traditionally it is a bright dot of red color applied in the center of the forehead close to the eyebrows. It comes in many sizes and shapes (round dot, graceful frozen flame & other exotic forms). The very positioning of the pottu is significant; the area between the eyebrows (where the bindi is placed) is said to be the 6th chakra, Ajna, the seat of "concealed wisdom". According to followers of Hinduism, this chakra is the exit point for Kundalini energy. The bindi is said to retain energy and strengthen concentration. It is also said to protect against demons or bad luck. It is also believed that when someone jealous of you casts an evil eye on you, the bindi/pottu works as a repellent. The bindi also represents the third eye.
Traditionally the bindi/kumkum (kungumam/kunkumam in Tamil) is auspicious with the most common colour being red/maroon.

*It is believed that red kum kum lying between the eyebrows is to retain human energy.
The colour red is signifies Goddess Shakthi and love.

In Hindu tradition unmarried girls will wear a black pottu and married women will wear a red/maroon pottu and sindoor in their forehead parting. Kumkum is made out of red turmeric whereas Sindoor is made of zinc oxide. 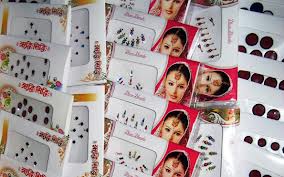 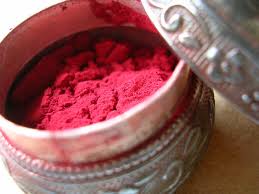 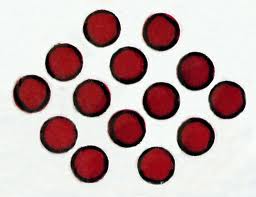 PS. My dear Hindu girls why are you'll so ashamed to wear a bindi/pottu on your forehead  I get it that we do dress up in modern attire. No one is telling you to wear a size 2,3,4, or 5 pottu even a size 6/7 will work just fine. Please don't be ashamed of your identity. No one is going to treat you differently just because you are  a Hindu. It's my humblest request that girls out there should never lose their identity in the process in becoming modern while the westerners are adopting our customs and traditions... I'm sorry if i hurt anyone....

Copyright © 2013 Hinduism- The Way of Life - All rights are reserved

Popular posts from this blog

The actual reason behind why u should not sit on pillows...

May 16, 2013
I am sure all of us would have got a good scolding from our parents or elders' at home if we ever sat on pillows.. when asked Why, they'll often say "You'll get a boil on your butt!" The actual reason behind it is, sitting on pillows especially those we put under our head wen we sleep it is believed that your debts will increase. If you look at it scientifically and logically the rear part of our body is considered unhygienic so imagine the amount of germs that will be on your pillow wen you sit on it.
13 comments
Read more

Mahalaya Paksha- A Ritual For Ancestors

September 08, 2014
Mahalaya Paksha According to ancient Hindu texts, on Mahalaya Amavasya, there is a conjunction of the sun and the moon and that the sun enters the sign Virgo (Kanya). On this day, it is believed that ancestors leave their abode and come down to the world of mortals and occupy the houses of their descendants. Hindus offer oblation of water to the departed on every new-moon day. The prescribed rites are also performed every year on the death anniversary. This is the Sraddha ceremony. The special importance of these observances particularly during Mahalaya is that such ceremonies done during this fortnight have a very special effect. The offerings reach the departed souls immediately and directly, due to a boon from Lord Yama. The dark fortnight of Aswayuja (September-October) is known as the Mahalaya Paksha or the fortnight especially sacred for offering oblations to the departed ancestors. The last day of this period, the new moon day, is considered as the most important day in
28 comments
Read more